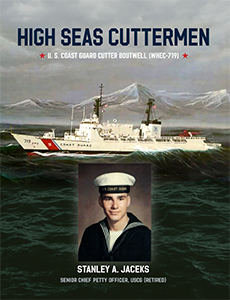 The high seas rescue that saved the lives of 519 passengers and crew aboard the ill-fated and burning Dutch Cruise Ship PRINSENDAM in the frigid waters of the Gulf of Alaska during October 1980. Through gallantry and risk to their own lives, men and women members of the U.S. Coast Guard, U.S. Air Force, Royal Canadian Air Force, Canadian Coast Guard, Merchant Marines, and Alaskan First Responders guided by Devine Providence rescued all souls aboard the PRINSENDAM without serious injury or loss of life.

My unedited story, while brief is a narrative of the role the U. S. Coast Guard Cutter BOUTWELL (WHEC-719) played under the Command of Captain Leroy G. Krumm, USCG while designated as On Scene Commander during the period 4 and 5 October 1980. It was under Captain Krumm's leadership and daring that brought this rescue mission to a successful end and why this book is dedicated in his memory.It is not a complete record of all events that took place during this operation by other units or individuals and was not written to over shadow their exemplary service or diminish the magnitude of the PRINSENDAM rescue and subsequent sinking. It is however, a true and accurate account of BOUTWELL'S operational role based on official records and personal accounts in what historians recognize as...''The Greatest High Seas Rescue In U. S. Coast Guard History''

It contains 11 Chapters with the most compelling dealing with the descriptive narrative of rescue operations and the sighting and rescue of Lifeboat #6 given by Captain Krumm and the formation of the PRINSENDAM Rescue Association. So...put on your boondockers and Dixie Cups and get aboard we're about to get underway! I'll be saving you a spot at the head of the chow line! ''Welcome Aboard''

Your second book arrived today! Like the first, it looks terrific. I meant to skim it ahead of a deep reading, in the manner approved by Mortimer Adler and Charles Van Doren (How to Read a Book). Instead, I wound up engrossed: The log-entries and first-hand accounts are galvanizing. This detour threw off my afternoon considerable (Huck Finn). Which was in the main a good thing, but the parts on Lee Krumm really affected me. Bravo Zulu with a bronze device for the second award!

I received your book today. It is beautiful. You did a great job! Where does all the time go sailor? We sure have many wonderful memories from the sea!

Thanks for sharing your latest book version of your ships involvement in the search and rescue mission of passengers and crew aboard the sinking Prinsendam...it is something to be proud of...nice dedications to Michael, he would have liked that...thanks again!

Thank you so much for my personalized edition of your incredible book. You captured this rescue so perfectly for all generations to read and experience. I am really so inspired and proud of your work and hope you make many more editions of your experiences at sea! 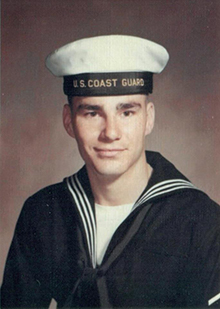 Senior Chief Stanley A. Jaceks, USCG (Retired) enlisted in the U. S. Coast Guard on 22 January 1968 in Yakima, Washington and subsequently retired from active duty on 1 July 1988. His seagoing assignments include duty aboard the Cutters BERING STRAIT (WHEC-382), MUNRO (WHEC-724), and BOUTWELL (WHEC-719).

Stanley has been married to the love of his life ''Rose'' for the last 53 years and currently resides in Leavenworth, Washington. They have three children Jennifer, Eddie, Emily, and four grandchildren Nicolette, Blake, Bridgette, and Elizabeth. Following his service in the U. S. Coast Guard, Stanley went on to become a Letter Carrier with the U. S. Postal Service in Wenatchee, Washington retiring on 29 February 2008.