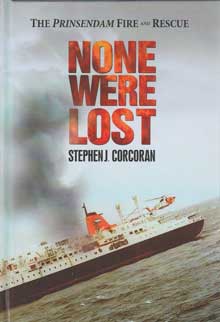 The Prinsendam Fire and Rescue

This is the history of the rescue of the 519 passengers and crew from the burning cruise ship Prinsendam in the Gulf of Alaska on October 4, 1980, and efforts to save the ship. This history is based on official records created at the time and on first-person accounts by the rescuers, the Prinsendam passengers and crew, and by the individuals ashore at Sitka, Valdez, and Yakutat who cared for the rescued.

The history describes the chain of events that led from an oil fire in the engine room just after midnight that forced passengers and crew from their beds to gather on deck and ultimately to abandon ship into open lifeboats. Many passengers were still in their bedclothes. They were in unlighted boats on a dark ocean 168 miles from Sitka, Alaska, one and a half hours away by helicopter. It was cold. Weather was deteriorating. The remains of a typhoon were bearing down on them.

Shipping at the “Buy Now” button is available to U.S. addresses only. Email the author at nonewerelost@comcast.net for shipping outside the U.S.

Reviews of None Were Lost

Stephen has created an amazing memory journey for all of us! I have to applaud him for the amazing work he has done. Actually I am quite overwhelmed by it.

This is, by far, the most comprehensive and accurate account of the rescue. Nothing I have seen, read or heard of about this rescue comes anywhere near the quality of this book.

After Stephen presented my book, I sat for the next two hours quietly immersed in recollections of our great adventure almost 40 years ago. I thank Stephen for writing such an accurate account that does the Prinsendam rescue and our personal experiences justice. He made our experiences come alive. 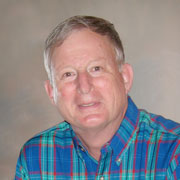 The author observed the rescue from his position as Operations Officer in Coast Guard Cutter Boutwell that directed the rescue on scene.

The author and his wife Jacqueline Wyland live in Portland, Oregon, and Oceanside, Oregon, with whatever dogs and cats deign to live with them and are willing to run on the beach, play in the surf, and chase feathers in the wind. This is his first book.

Stephen can be reached at: nonewerelost@comcast.net