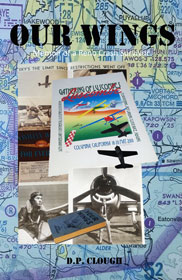 Memoir of a Reno Crash Survivor

I am a pilot. At age 63, my world is rocked when my two closest friends, ex-fighter pilots, sell their planes. What? Why? We’d flown together for twenty years! Ten of them, performing at airshows as the Luscombe Formation Team! But there’s no way around it – they’re calling it quits. “Wait! Just because we’re done, you’re not off the hook. Get a grip … Navy reject, for God’s sake! We’ve invested a lot of years trying to make a pilot out of you. It’s time to step up and take the freakin’ baton!”

What? It’s about payback? It had been my lifelong dream, to fly a single-seat fighter, after watching an uncle buzz my grandparents’ house in a Hellcat, when I was four. Two years later finding his dusty copy of Your Wings in their attic, a text for aviation cadets of World War II. Absorbing that book by flashlight in my attic bedroom. Yearning for my chance to fly. A dream brought to reality by perseverance and hard work.

And then, during the Reno Air Races, on September 16, 2011, at St. Mary’s Hospital, absorbing the realization that I was a survivor. After hurling myself toward the ridge tops as the P-51D Galloping Ghost at 500 miles an hour smashed itself into a maelstrom of razor blades and machetes on the tarmac, barely a dozen feet from where I’d been standing. Veteran race pilot, Jimmy Leeward, and ten others, dead. The propeller, a whirl of slashing swords. Yet, I'd survived.

No, it's not about payback! It’s about urgent necessity! That which had impelled the students of Your Wings, now compels us to sustain the accomplishments of their generation. It's about casting aside easy passivity, to stand up for what we have. Family, friends, freedom, faith. It's about Our Wings!

Reviews of Our Wings

Highly recommended!! Reading Our Wings, it is quite obvious the author, Doug Clough, is one enthusiastic, ongoing participant in the area of General Aviation. His enthusiasm leaps out and captures one

Our Wings is an intriguing read. Clough

Draggin ! Thank you for the opportunity to read and enjoy such a wonderful piece of work. You are without a doubt a truly gifted writer. You have the baton!

Doug Clough has lived for more than thirty years at Kapowsin Field (86WA) near Eatonville, WA, where he and his wife Linda raised their daughter, Kenna. Now retired, he was self-employed for over twenty years as a consulting software engineer, flying himself to client sites around the Pacific Northwest in the family's 1954 Cessna 195B and 1946 Luscombe 8A. Doug holds a Commercial Pilot certificate and also a Doctorate in Engineering from UC Berkeley.