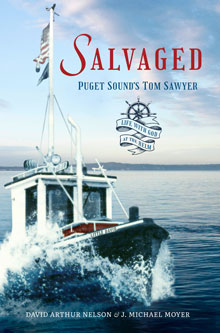 These are the memoir stories of David Nelson. David, born at Bremerton in 1936, spent most of his life in the Puget Sound communities of Port Orchard, Bremerton, Poulsbo and Seattle, with some adult years in Hawaii. As a neglected child and youth his homes ranged from various relatives to a Poulsbo boys’ home and abandoned or salvaged barges and boats, often surviving on the sale of scrap metal collected from Puget Sound beaches.

As a youth, David developed a deep faith and trust in God’s love, an amazing resourcefulness, and a playful spirit. These qualities empowered him to become a very competitive and successful person, especially when he was viewed as the 'underdog,' much like David of the Old Testament.

From the same strong roots, David also grew to be a joyful person, with a playful and mischievous spirit, always ready to entertain those around him. As a joyful person, he frequently showed compassion to the needs of both people and animals, who were abused or neglected.

David found the marine life of Puget Sound a source of comfort, joy and security, similar to Tom Sawyer’s experience of the Mississippi River. This naturally led him to spend much of his life in the marine salvage business on Puget Sound and in Hawaii, and then back on Puget Sound in the tugboat business. His unusual mini-tug, 'Little David,' became Puget sound’s champion tug, by defeating the giant tugs in several Puget Sound tug boat races.

David invites you to join him by reading this book as he recounts entertaining and inspiring life experiences from the Puget Sound and Hawaii marine settings.

David's unblinking faith in God answering his prayers after such a rough start in life amazes me – and the seemingly impossible blessings he received would appear unreal except I know David, and I’m sure, like David the King, he is a man after God’s own heart.

This action-packed book should be made into a movie. David was gifted from God, viewing all that he had as

Having grown up in Puget Sound, and experienced some of the same activities with boats, I related very strongly with the stories, finding the book a compelling read with a good message. 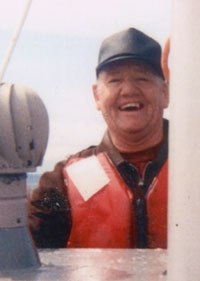 David Nelson: David is an eighty-three-year-old, lifetime resident of northwest Washington, born in Bremerton, Washington, in 1936. David grew up within an unstable home environment during the last part of the Depression and through the Second World War. He learned how to survive on his own through salvaging scrap metal and boats, including ten years of salvaging boats at Fisherman’s Wharf in Seattle. This experience later led to establishing and operating his own marine salvage company in Hawaii for ten years and a tug towing company in Port Orchard, Washington, for many years after that. David was known for his ability to entertain people through playful humor. His life has been characterized by a deep and enduring faith in God’s love and presence in his life, and by his involvement in Christian church life. David has been married to the same spouse for fifty-three years, is the father of two children by birth, and one child by adoption. He is also the grandfather of twelve children, and the great-grandfather of six children. 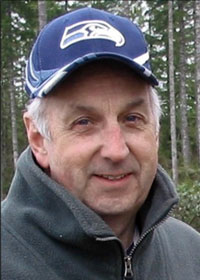 Mike Moyer: Mike is an eighty-three-year-old lifetime resident of the Puget Sound area of northwest Washington, born in Seattle in 1937. His family had a history of working in the Northwest logging and mining industries during the early 1900s. Mike, as a youth, grew up in Shelton, Washington, forty miles from Bremerton, where David Nelson lived as a youth. The two authors are virtually the same age and grew up in the same historical and natural environment of Puget Sound. Mike also owned boats and was active on Hood Canal in Puget Sound waters. Mike worked sixteen years for the development of Native American Tribal groups and twenty years in the resort industry. He also has a long and active background as a Christian, in the Catholic Church. Mike has four children and eight grandchildren.