New to Gorham Printing?    Request a free copy of our 64-page self-publishing guidebook 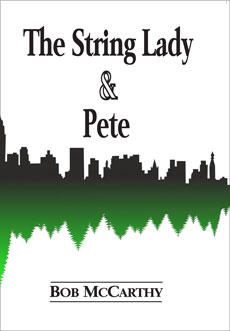 Before Twitter, before Yahoo, before Facebook, humans talked wrote letters, and walked upright - made friends rather than enrolled them. This is a story of that time.

The String Lady and Pete vividly and poignantly depicts the emergence of a forty year old man into manhood where love and laughter, sensuality and security, obligations and desires, take on new meaning. Obstacles are faced and decisions made that shake the very foundations of this Roman Catholic, Jesuit-educated, conservative Republican, East Coast school executive.

Previously committed to making his marriage work at all costs, Glen Burton responds to an unexpected note from a teacher who attended one of his seminars and sets in motion a series of events that both challenge and support his long-held beliefs and values. Ably assisted by USPS, Ma Bell, several airlines and two dear friends, Burton finally meets his magical, complex, troubled Alaskan lady in San Francisco. He soon realizes that she is the woman who can set him free, to enable him to become the man he longs to be. As he stretches to win her love, he finds himself riding an emotional roller coaster, consciously hurting those he loves but unable and unwilling to play by conventional rules any longer.

Glen and his Lady from Alaska begin a tumultuous journey that transforms them both. Each discovers true adult love and the price it extols. From Juneau to New York their love grows, and their magic touches the lives of many.

This is a story of love from a man’s perspective; a story to be read by every woman who truly wants to know her mate, or potential life-partner and by every man who wants to better know and deal with his own thoughts, desires and emotions.

McCarthy draws his readers to his heart, mind and soul, sharing intimacies all too frequently guarded by males and consequently unknown to most women. His powerful yet tender portrait of a city-bred school administrator and a wilderness-nurtured, peace activist teacher and their journey through troubled waters is remarkable for its insight and depth. His characters clearly demonstrate that dreams and desires can be foundations for reality and fulfillment.

Reviews for The String Lady & Pete 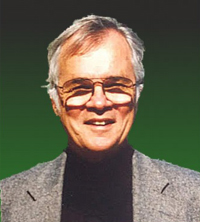 Dr. Bob was born Robert McCarthy in Brooklyn, New York and received his bachelor’s from Fairfield University, a master’s from St. John’s University and a doctorate from Boston College. McCarthy was a school superintendent for more than twenty years and authored books on school organization as well as numerous articles in professional journals. A keynote speaker at educational conferences, he concluded his career teaching and mentoring graduate students at St. Mary’s College, Pepperdine University and the University of Wyoming.

The author shares his time between Union, Washington and San Francisco, California. The String Lady and Pete is his debut novel.